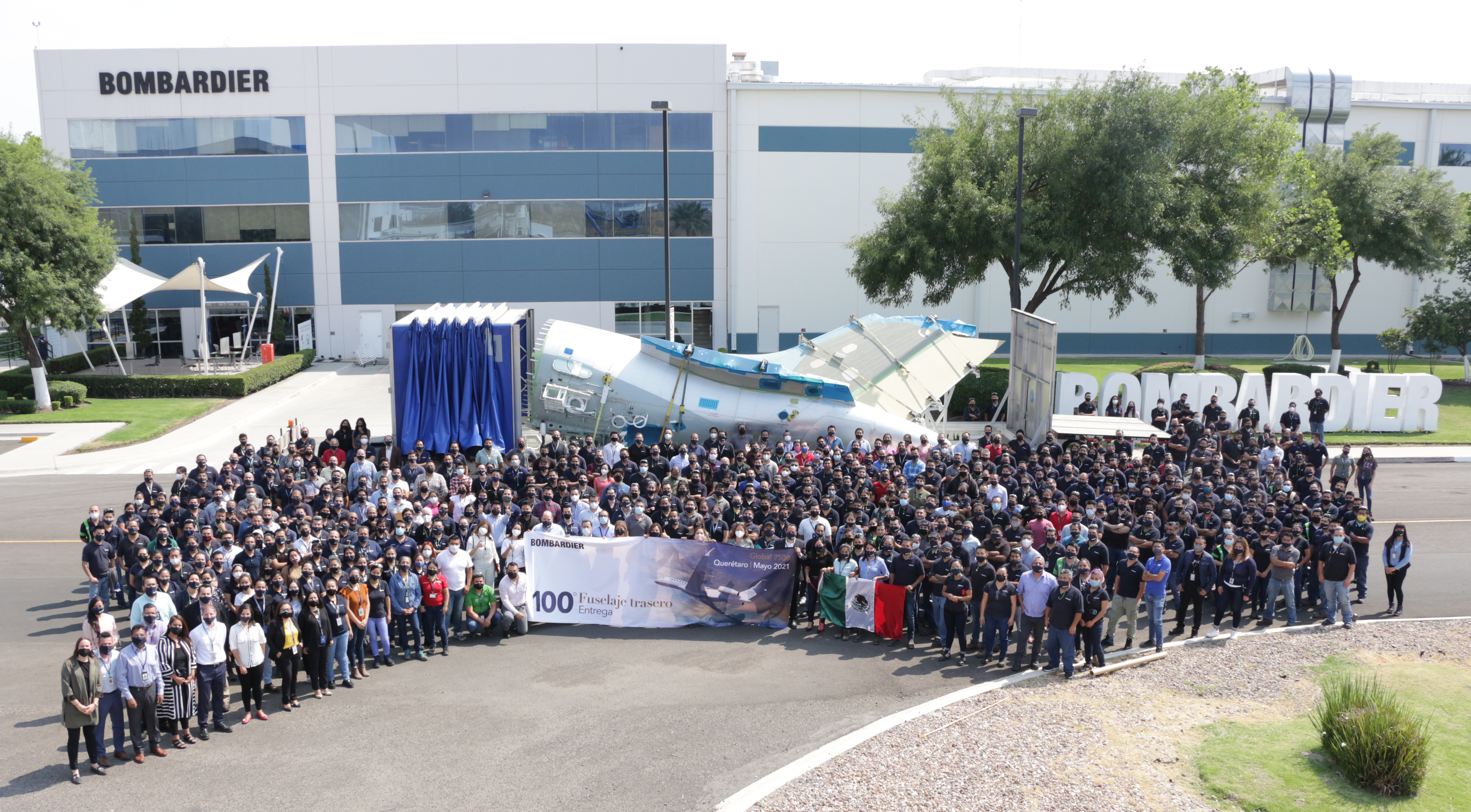 Bombardier is proud to announce the 15-year anniversary of its world-class manufacturing operations in Querétaro, Mexico. The achievement is further highlighted by the site’s recent completion of the 100th rear fuselage for the industry flagship Global 7500 business jet, underscoring the talent and skill of its dedicated employees.

Since establishing a manufacturing facility in Mexico in 2006, Bombardier has demonstrated its commitment to the country, helping develop and grow its aerospace industry. Today, Mexico’s reputable aerospace cluster makes it an important player on an international scale. Bombardier’s state-of-the-art facility in Querétaro employs highly skilled teams to manufacture key structural components for the company’s leading business jets, including the rear fuselage for all Global aircraft. This important mandate is a source of great pride for the talented local workforce.

“We are very proud to commemorate this important anniversary. Bombardier has played a significant role in the development and growth of Mexico’s aerospace industry,” said Paul Sislian, Executive Vice President, Operations and Operational Excellence, Bombardier. “I would like to thank our teams in Querétaro for all they’ve accomplished in the last 15 years. It’s through their hard work, commitment, and ingenuity that they have contributed to building the world’s leading business jets.”

Bombardier is sharing this celebration with various organizations that have supported the aerospace industry in Mexico, including: the Aeronautical University in Querétaro (UNAQ), the Mexican Federation of Aerospace Industries (FEMIA) and the Aerocluster Querétaro (ACQ).

Beyond the company’s pledge to the aerospace industry in Mexico, Bombardier and its Querétaro employees are also very committed to the local community. Among its social initiatives, the company has a long-standing alliance with the Sierra Gorda World Biosphere Reserve, one of Mexico’s most important protected natural environments, through the responsible use of natural resources and the support of specific projects impacting the environment globally and locally. Bombardier also funds social projects implemented by an employee-led group called the Causa Querétaro.

At the heart of Bombardier’s site in Mexico are the approximately 1,200 highly skilled and dedicated employees who play a key role in the manufacture of world-class aircraft components and complex systems for Bombardier’s Challenger and Global business jets, including the rear fuselage for the Global 7500 aircraft. With the completion of another major structure for the 100thGlobal 7500 business jet, the Querétaro site is contributing to the progression of the program’s learning curve.

Headquartered in Montréal, Canada, Bombardier is present in more than 12 countries including its production/engineering sites and its customer support network. The Corporation supports a worldwide fleet of approximately 4,900 aircraft in service with a wide variety of multinational corporations, charter and fractional ownership providers, governments and private individuals.

Bombardier, Challenger, Global and Global 7500 are either unregistered or registered trademarks of Bombardier Inc. or its subsidiaries.